Once again, Native American Programs collaborated with WSU Outdoor Rec Center and took a group of students snowshoeing! Students did not have class on Monday, February 17th due to President’s Day and so we took this opportunity to take a weekday field trip.

“I loved it!” said first-year student Jamie Kness (Navajo). “It was such a nice way not only to exercise but also see more of the area around WSU.”

This was an awesome experience for students because none had ever gone snowshoeing before. It was a chance to explore nearby Moscow Mountain in the winter and learn more about what Outdoor Rec has to offer. Most of the students attended our Native American Student Retreat in the fall so they were excited to get outdoors again with our program.

“It was something fun to do,” said senior Austin Kickingwoman (Yakama). “I enjoy hiking and it was a great way to witness other aspects of the Pullman area.” 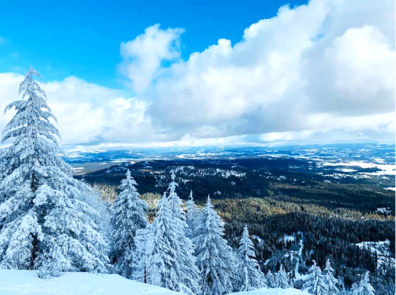 The group hiked about five miles total up on Moscow Mountain and were rewarded with incredible views!

“The views were stunning and was a great way to get your mind off of things,” said sophomore Kamapolani Garcia (Tohono O’odham/White Mountain Apache).  “It was also nice to be present in the moment and mindful of the space you are in and not worried about electronics.”

The day was spent laughing, throwing snowballs, eating lunch at the peak, and taking tons of pictures.

“Snowshoeing was fun and the view at the top was breathtaking,” said second year-year Aaron Burns (Fort Mojave) “But it was the journey with friends that made it all worth it… even though they stopped a million times!”

We all admitted that it was way more difficult than we anticipated but definitely paid off! Native American Programs hopes to continue programs such as this one so students can explore the surrounding Pullman/Moscow area and be exposed to new experiences they might not otherwise have. 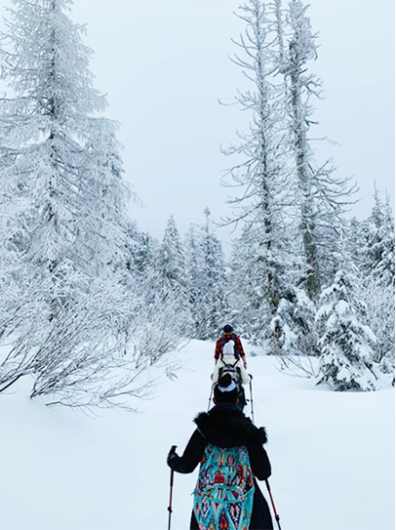